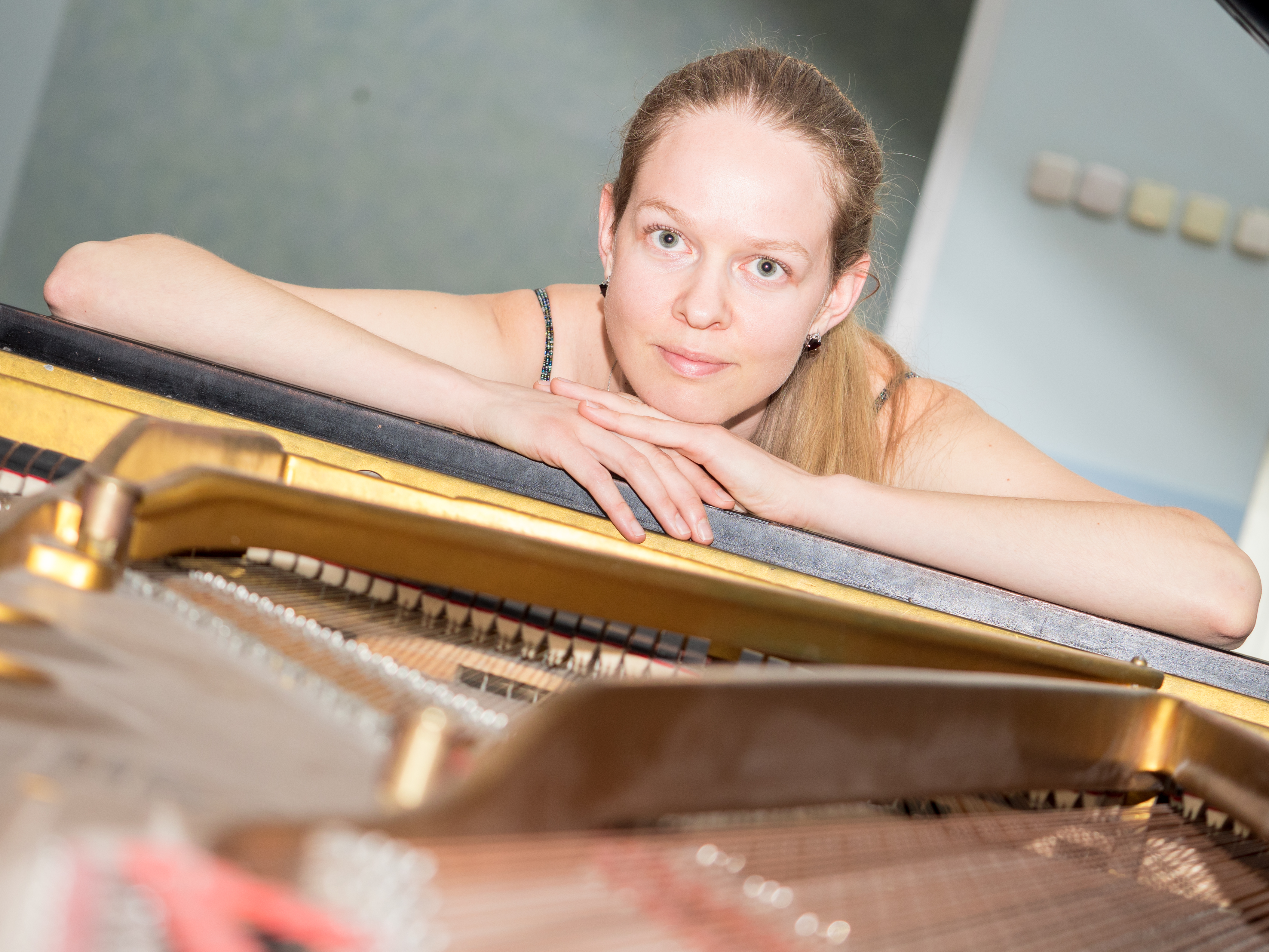 
Alexandra Beliakovich is a versatile Belarusian-American pianist and educator. As a performer, she appeared with the Belarusian Symphony, Belarusian Chamber Orchestra, Cincinnati and Manhattan School of Music Philharmonic Orchestras, Havana Symphony Orchestra. She has held recitals in Belarus, China, Cuba, Japan, Poland, Spain and the United States. Alexandra was a prize winner in several piano competitions; she won First Prize at the Klaviermusik International Competition in Vilnius, Lithuania, Second Prize at the Fourth International Piano Competition in Panama and Second Prize at the World Piano Competition 2011. Alexandra's recent engagements include concerto performances with the Havana Symphony Orchestra in Cuba, where her rendering of Gershwin's Concerto in F and Beethoven's Concerto No. 5 won critical acclaim. As a soloist, she has been featured on a WQXR radio broadcast and was a featured pianist at the 2018 Bar Harbor Music Festival.

Some of Alexandra’s latest performances involve lecturing as well as performing. One of her
recent performance projects, as part of her Doctoral research, was a lecture-recital on the topic of “Encores of the Golden Age of Pianism.” In other recent projects, Alexandra explored such topics as innovative piano compositions (“The Revolutionaries: Intrepid Piano Music”) and piano transcriptions of vocal, instrumental/orchestral and ballet music (“Grand Piano: Strings a capella”). Alexandra is committed to exploring the undiscovered or unjustly forgotten piano
miniatures.

From 2004 to 2006, Alexandra was an Advanced Student of piano and organ under Jury Gildiuk  at the Belarusian State Academy of Music. She has since earned her Master’s and Doctoral Degrees from the Manhattan School of Music where she studied with Solomon Mikowsky.
Please visit www.alexandrabeliakovich.com for more information.