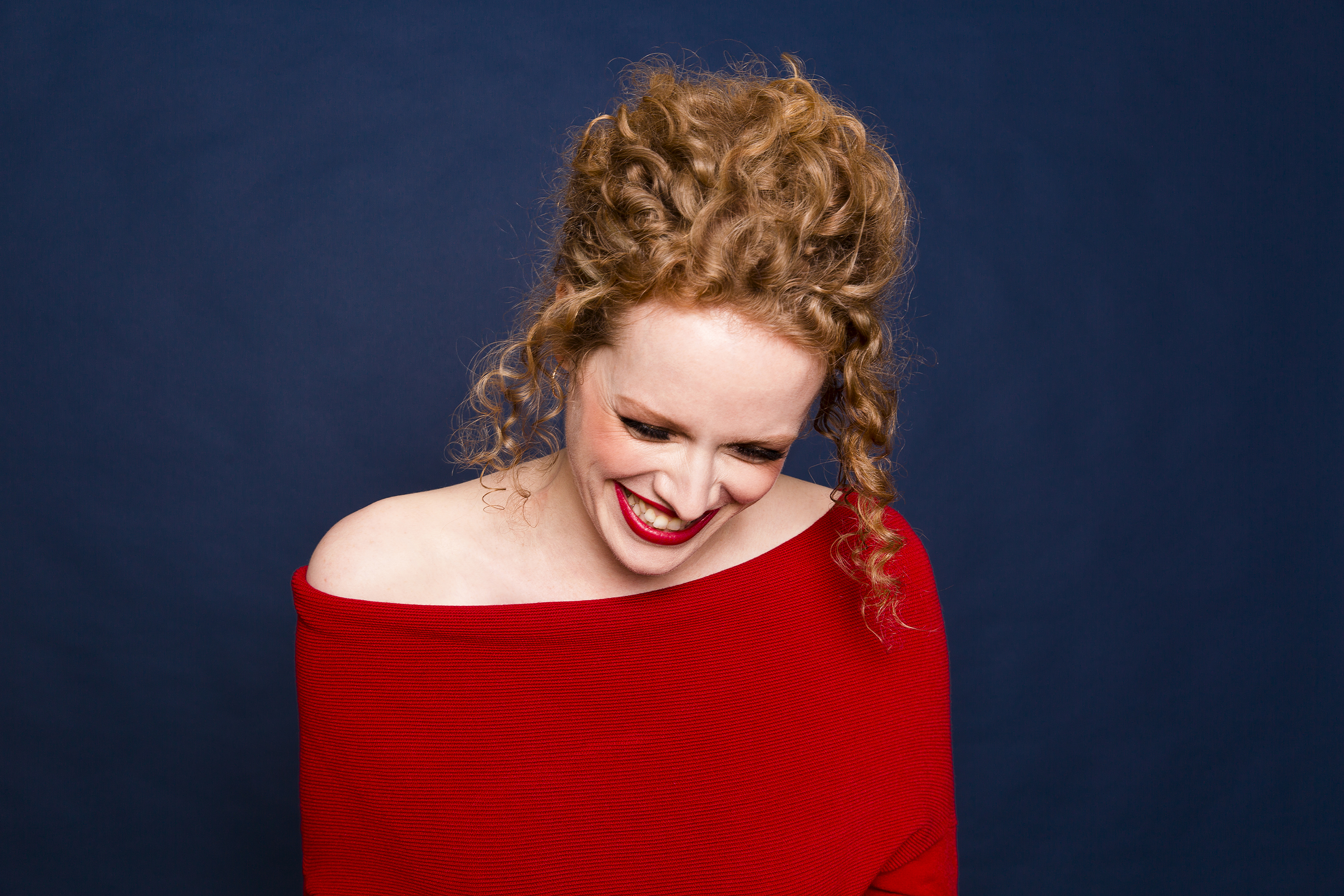 Kristen Lee Sergeant is a jazz vocalist and composer of effervescent energy, musical intensity and dramatic flair. She is among the few jazz musicians who commits to telling a story in her music and performance style, while sparking spontaneous sonic conversation with her fellow musicians. Such commitment, and its results, captivate her audiences, whether in live performance or listening to her recordings.

Her debut record, Inside Out, came out in 2016 as a Down Beat critic’s pick and quickly established her as a voice to follow.

Smolder, her newest release, is an arrival of Kristen as a songwriter, arranger and a creative improviser. Incorporating cello, alto flute and percussion, the album expresses the feelings of fire from extinguished to blazing in an intensely personal and dynamic way. The band, comprised of some of the best musicians in jazz today (Ted Nash, Cameron Brown, Jeb Patton, Jody Redhage Ferber, Jay Sawyer, Rogerio Boccato), surrounds her with intensity and personality, a testament to Kristen’s vision and the creativity it inspires.

Her journey illuminates her style. Growing up in Manchester-by-the-Sea, Massachusetts, she devoted herself to theater, and worked professionally through school, graduating from Brandeis University with a degree in music. “I left my high school graduation early, with a costume underneath my robe, for an evening show. Same in college: couldn’t celebrate since there was a matinee that day!” Kristen recalls. She left Brandeis having received the Ira Gershwin Prize in Music.

Although classical vocal training interested her in pursuing opera as well as musical theater, jazz is what won her heart when she moved to New York City. “It wasn’t really a choice; I was captured by the music.” Kristen recollects, citing Marilyn Maye, Carmen McRae and Mark Murphy as inspirations, then and today.

She began singing with a big band, worked with small combos in cigar bars, hookah lounges, nursing homes, “wherever I could”, she adds. Coupled with intensive study with singer/composer Tom Lellis, she evolved her vocal style and musicianship in a totally new direction,  taking the best of what stage training offered and crafting her approach to jazz with intensive work. She won the Jazz Forum Arts vocal competition in 2014, and in addition to enthusiastic acclaim for her first album, Kristen also performed at Birdland, Iridium, Zinc Bar, the Metropolitan Museum of Art, Joe’s Pub and more.

In addition to her work in music, she is also a certified sommelier with experience in some of NYC’s best restaurants. Her creativity found its way into her work with wine in Two Notes, a Bordeaux blend from California she created with Ted Nash.