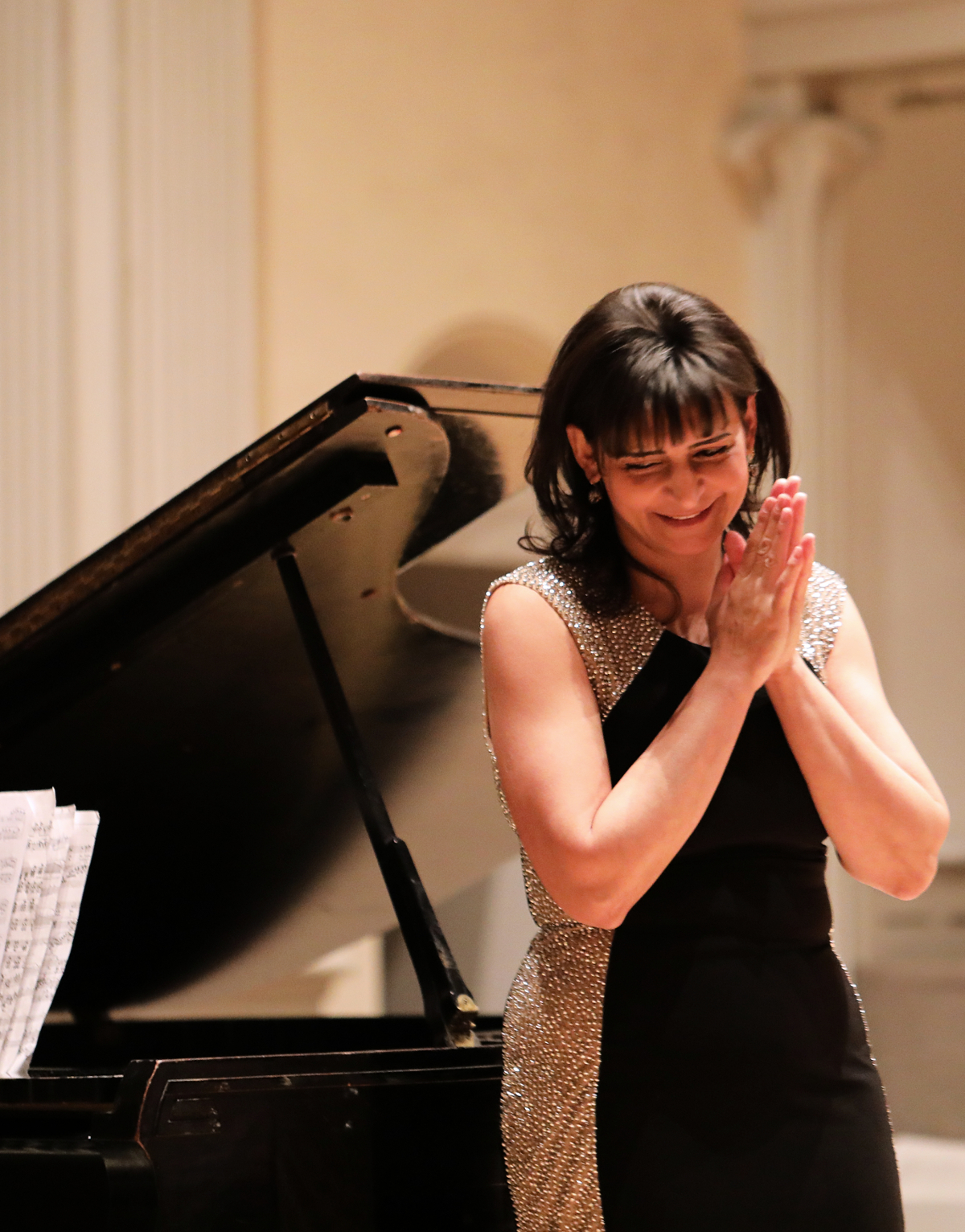 
New York based artist Nargiz Aliyarova is an internationally performing pianist and professor. Since her first concert at the age of nine she has always been on stage as a soloist, collaborative musician as well as a performer with chamber and symphonic orchestras in 40 different cities all over the world. Nargiz has an incredibly powerful artistic spirit. She always invites listeners to actively participate in the concert, emotionally communicating with them through music. During her performance each and every listener receives a breathtaking musical story which keeps them listening intently and empathizing. Aliyarova's repertoire includes pieces ranging from baroque style to contemporary music.

Aliyarova was awarded a diploma for “Outstanding contribution to the legacy of Chopin” by the Government of Poland in 2010. She has produced five CDs, three of which were released by the Belgian Recording company Etcetera.

In 2008 Aliyarova was named a Laureate the Pietro Argento 11th International Competition held in Italy. In the same year she was declared an Honored Artist of the Azerbaijan Republic.

Aliyarova is an artist with diverse interests and concerns. She is a Doctor of Art and a Professor, author of more than 20 scholarly articles and several books. She has been teaching piano and chamber music at Baku Music Academy for twenty five years and has been a member of Azerbaijan State Piano Trio for fifteen years.

She is the President and founder of "National Music & Global Culture Society" whose goal is to bring people of different ethnic groups together through their national music to global culture. She is also the President of Zonta Club of New York - a global women's organization.