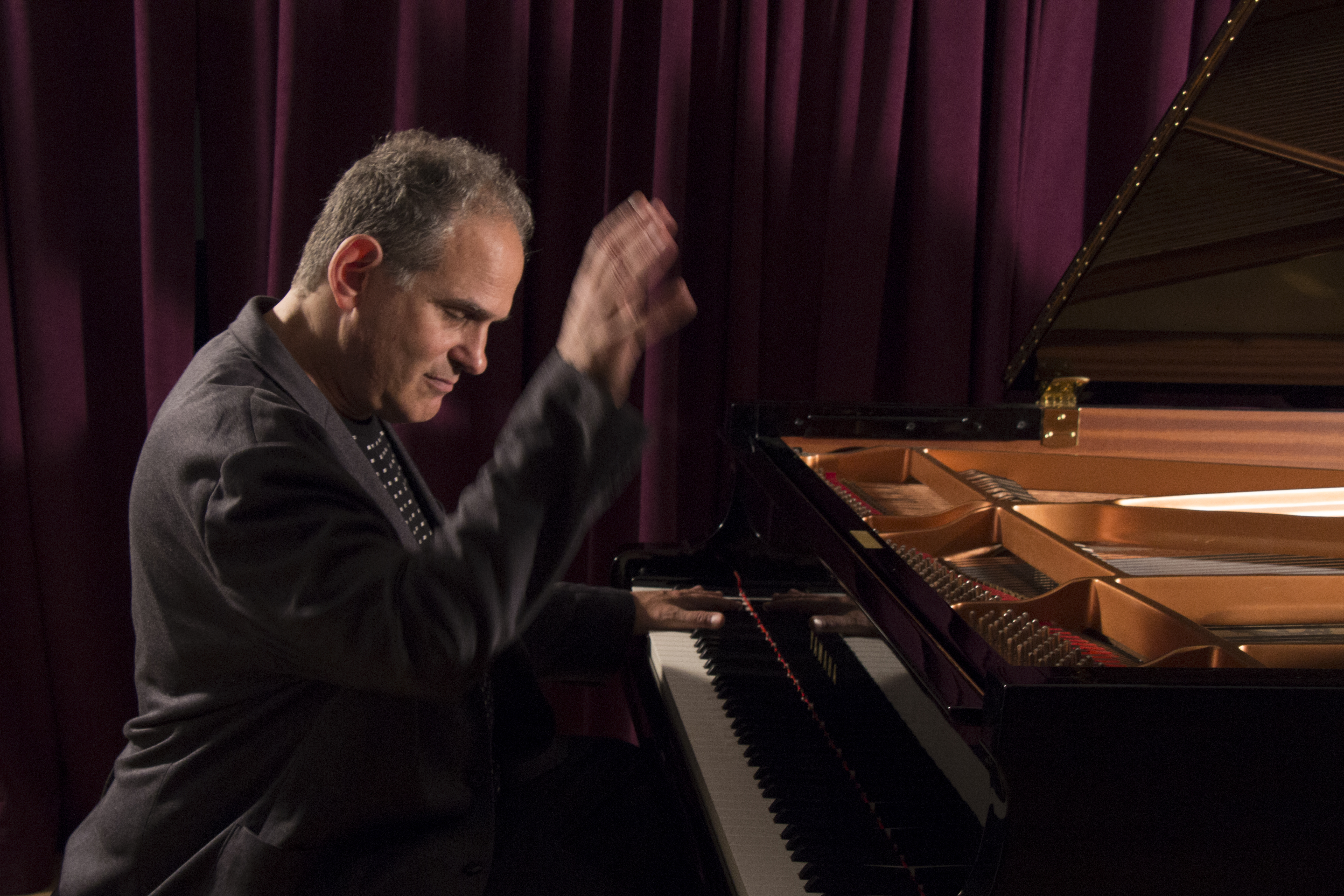 Sandberg was composer for Nickelodeon’s landmark children’s programs “Dora the Explorer” and “Go, Diego, Go!”.  His scoring and songwriting was informed by a lifetime of immersion in the music of many cultures.

The Steve Sandberg Quartet made its debut in 2016 at New York City’s DiMenna Center.  The group grew out of Mr. Sandberg’s desire to merge his lifelong study of classical Western music with his passion for jazz, Latin, and world music.

The Quartet released its breakthrough recording, “Alaya”, on Artistshare Records in 2016.  It has performed at Birdland, New York’s Symphony Space, Sidedoor Jazz, and will be featured next April at the Allentown Symphony Jazz series.

The concerts mix performances from the solo piano repertoire (Chopin, Ravel, Bartok, Liszt), with the quartet’s soaring improvisations on originals that are based on these pieces and also draw from Latin, African, Balkan, and East Indian traditions.  One audience member describes the experience as listening to “music from a country I’ve never been to but always wanted to visit.” Sandberg also uses the concerts as an opportunity to educate and engage his audiences with accessible commentary that draws them into his musical world.